What is learned helplessness? Have you ever said to yourself: "I have tried that several times before, I will never be able to do that! It is simply not for me".

Learned helplessness is a condition where a person who has gone through a series of traumatic experiences give up. They stop trying to get themselves out of the situation. They may decline any help to get out. They feel they have to be in that position. How sad!

Why am I writing about this? Well, as a course creator, I want my students to be the best version of themselves after taking my course as they take action on the strategy provided. But like many teachers or course creators may tell you, not all students benefit no matter how great the course was.

Why do some students succeed and others don't even with the same opportunities? Well, there are a lot of factors. And one of them is learned helplessness.

What Are The Causes of  Learned Helplessness?

People who suffer from this may have been repeatedly abused or mistreated by persons close to them, that they now believe they cannot control any future occurrence. Or perhaps the situation may not be other people's influence but their failure at a task. Especially if they have put up some effort and still failed repeatedly. They may start accepting the idea they have no control over the outcome of that task.

For instance, if a person is trying to lose weight and have tried different diets like I have but still can't lose weight. You may begin to blame it on other things like genes and thus conclude you have no control over your weight. Or perhaps a child who diligently prepared for a test but was using the wrong strategy and failed may start thinking the kids who passed were lucky.  Passing any tests like that in the future is beyond their reach. 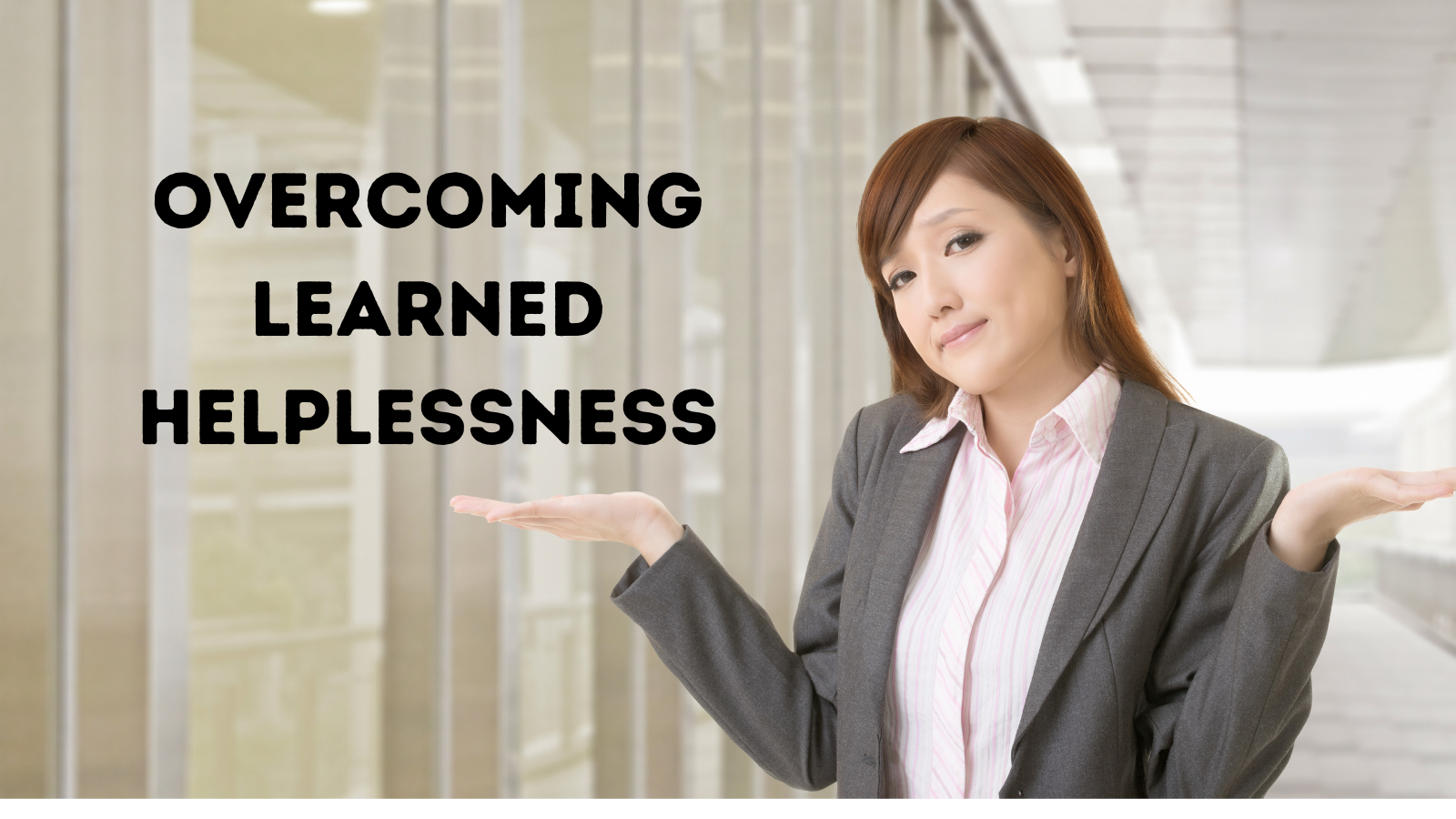 Learned helplessness is when a person's experience in life paralyzes the individual and, they fail to take control of the outcomes of their situation even when presented with the opportunity.

Learned helplessness was first noticed in animals in an experiment by Seligman in the 1970s. It was a three-part experiment with three dogs. In the first stage, dog A experienced an electric shock in a box with no chance of escape. In the second stage, dogs A and  B was were placed in the box. However, this time, both dogs could escape.  They needed to jump through the barrier to the shock-free zone.

Dog B escaped while dog A gave up and made no attempt. In the third stage, dog B moved to the shock-free zone faster than the first time. Dog A remained in the shock zone. A third dog, dog C was introduced and also escaped the shock zone.

The conclusion was that dog A had previous experiences with no chance of escape. Dog A feels it can never escape.

A similar experiment on humans also showed the group who had past experiences of an unpleasant situation where they felt helpless displayed a reluctance in future occurrences to respond to that situation thinking, any attempt may be useless anyway.

Seligman and his team noted a single experience did not make people behave that way, but a series of repeated unpleasant situations caused them to give up on trying. What are the effects on an individual?

None of us want to suffer any of the above. But we may have had learned helplessness at one point or the other with different tasks.

You Can Overcome Learned Helplessness

To solve a problem we must first accept it is there. For severe cases, you might need professional help to you move from where you are now, to where you want to be.

Grab a pen and paper and write down what you want to achieve.

Where are you now?

Where do you want to be?

Do you believe you can get there?

How do want to get there?

Do you have the capabilities?

If not, are you willing to learn and take action?

If you fail, are you willing to try a different strategy?

Do you believe you can change the outcome?

So, if you answer no to willing to change the outcome, willingness to learn, trying a new strategy, not trusting you have and can have capabilities, then, you may be dealing with learned helplessness. And I strongly recommend getting a professional that can move you to the level where you gain confidence in your abilities to get out of a bad situation.

Know the cause of the problem. If it were past experiences of abuse confront the individual or avoid interacting with anyone who pulls you down.

Set goals for yourself.

Start taking simple, baby steps towards any goal you may have. If you start seeing small progress it empowers you to keep pushing.

Write your progress in a journel. Inspire others through your story so they can get out of a bad place.

Are you a mom over 40? Have you ever wished you could write your story, tell others about your passion or your expertise and have your manuscript self-published?

If that is you, then join my Facebook group and sign up for my course From Zero Writing to Hero Writer, A step by step guide to help moms over 40, write and self-publish their first books in 12 weeks. 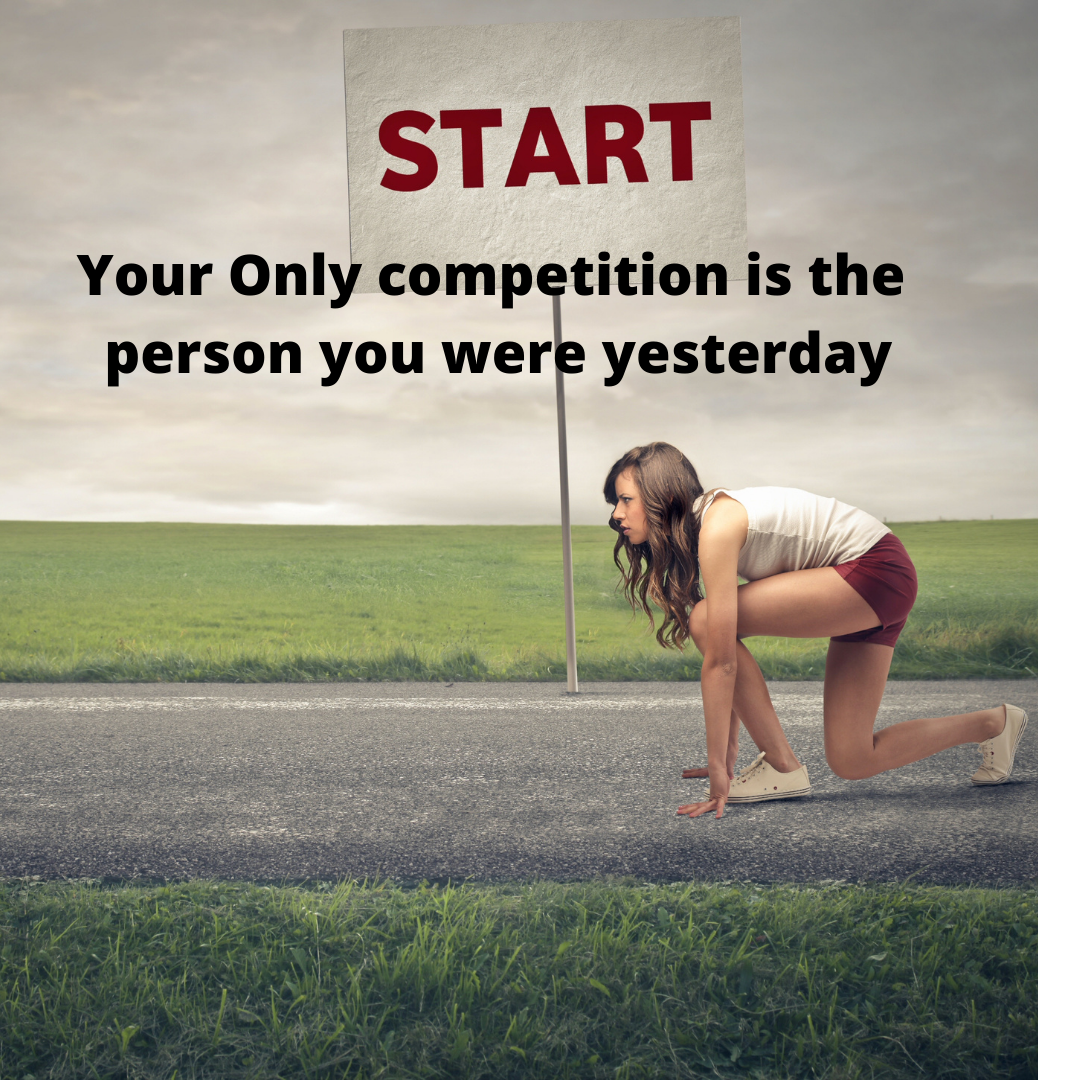 Your only Competition is YOU

I help moms turn their ideas into a book. Request a call below:

There is also a Facebook group for moms who want to write.